One year with ZenDesk 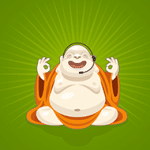 Last year at Pressnomics, a business conference geared toward WordPress related business, I had the the opportunity to listen to the CEO of Zendesk talk about how the company started, how they built the company and cultivated the culture. It was a fantastic presentation and one of my favorites from the event. After getting back to the hotel that evening I signed up for a Zendesk account.

Between my own plugins plus the ones released by 9seeds, I was handling support for about a dozen plugins. Because we had a mix of both free and paid plugins, it was really difficult to find a support solution that fit everybody's needs. We tried individual support forms (that was a nightmare), pay-per-instance support (failed), a central support form with sections for each plugin (this wasn't terrible, but far from perfect), support via email (impossible to track when dealing with multiple agents), and probably another dozen ways that involved combinations of all of the above.

The biggest problem when dealing with support is that users will do anything they can to circumvent a support system in an effort to get access to help as quick as possible. So any barrier that you put up just becomes another stopping point. And when a stopping point is reached, here's what we found; they would look for another plugin to use instead of ours, they would fill out our contact form, or they would send the question to any email address they could find for the company. All 3 are bad.

I would love to tell you that I returned from PressNomics and started using Zendesk the next day. Nope. Instead, we continued fighting with our old methods for another 6 months. Dumb.

I don't recall what the final straw was, but in early May I shut down our support forums and started pointing every forum, form and link I could find that talked about support over to our new support home at Zendesk. I set up a handful of forum sections on Zendesk for each of our plugins and filled them with a few of the frequently asked questions. My hope was that people who were looking for solutions would find their solution without the need to contact anybody. It's hard to tell how many people find their answers and move on, but the volume of questions I receive directly to my inbox has gone down, so I tend to think it's working.

Aside from just pointing everything I could at Zendesk, I also embraced that fact that a lot of times, people simply don't read. On our company contact form I had instructions that stated “if you need support do NOT fill out this form. Instead, go here” with a link to the support forum. The number of support requests that came through that form was all the proof I needed to make that claim. So what I did instead was to add an option to the form dropdown asking if people needed support. If that is selected, two things happen. 1) The normal contact form email does not come to me. 2) The form pushes the entry directly to Zendesk and a support ticket is created. And for those who aim directly for the email button when looking for support, I simply forward those to Zendesk, too.

The Power of Zendesk

The power of Zendesk isn't simply in the ability to answer support tickets. Its real power is found in the tools. For me, Triggers and Macros are flat out awesome. I use triggers to automatically assign tickets pertaining to certain plugins to specific people. This eliminated the need for me to triage every ticket and put the ticket in the hands of the right person quicker. As for Macros, I haven't created nearly enough of them. But, I have a couple that help out with some frequent responses. Writing this post is going to make me go revisit my Macros and create some new ones.

For as much as I love Zendesk and all it does, I am not in love with their pricing. When we signed up last year, I paid $20 for a year of the ‘starter' plan. That price is obviously amazing for everything the system does. My problem is that I would love to have access to the next service level which offers several other features that would be great (custom business rules, customer satisfaction ratings, domain mapping), but the price jump is crazy! Rather than $20/year for 3 users, the pricing goes to $25 per month per user. That means to have 3 users on the system for a year our price would jump from $20 to $900. Currently I can not justify that cost.

I'm always looking for ways to streamline business processes, and Zendesk has helped out tremendously. If you've never used their service before, you owe it to yourself to at least give it a shot. You can thank me later.